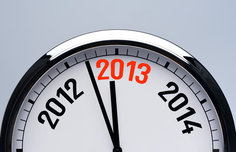 Changes to income taxes grabbed the lion’s share of the attention as the President and Congress squabbled over how to halt the country’s journey towards the “fiscal cliff.”  However, negotiations over exemptions and tax rates for estate taxes, gift taxes and generation-skipping taxes also occurred on Capitol Hill, albeit with less fanfare.

The primary fear was that Congress would fail to act and the estate tax exemption would revert back down to $1 million.  This did not happen.  The ultimate legislation that was enacted, American Taxpayer Relief Act of 2012, maintains the $5 million exemption for estate taxes, gift taxes and generation-skipping taxes.  The actual amount of the exemption in 2013 is $5.25 million, due to adjustments for inflation.

Some Definitions and Additional Explanations
The federal estate tax is imposed when assets are transferred from a deceased individual to surviving heirs.  The federal estate tax does not apply to estates valued at less than $5.25 million.  It also does not apply to after-death transfers to a surviving spouse, as well as in a few other situations.  Many states also impose a separate estate tax.

The federal generation-skipping tax (GST) was created to ensure that multi-generational gifts and bequests do not escape federal taxation.  There are both direct and indirect generation-skipping transfers to which the GST may apply.  An example of a direct transfer is a grandmother bequeathing money to her granddaughter.  An example of an indirect transfer is a mother bequeathing a life estate for a house to her daughter, requiring that upon her death the house is to be transferred to the granddaughter.