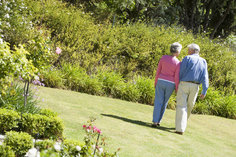 Every year, each individual who dies in the U.S. can leave a certain amount of money to his or her heirs before facing any federal estate taxes. For example, in 2010, a person who died could leave $3.5 million to his or her heirs (or a charity) estate tax free, and everything over that amount would be taxable by the federal government. Transfers at death to a spouse are not taxable.

Therefore, if a husband died owning $5 million in assets in 2010 and passed everything to his wife, that transfer was not taxable because transfers to spouses at death are not taxable. However, if the wife died later that year owning that $5 million in assets, everything over $3.5 million (her exemption amount) would be taxable by the federal government. Couples would effectively only have the use of one exemption amount unless they did some special planning, or left a chunk of their property to someone other than their spouse.

Estate tax law provided a tool called “bypass trusts” that would allow a spouse to leave an inheritance to the surviving spouse in a special trust. That trust would be taxable and would use up the exemption amount of the first spouse to die. However, the remaining spouse would be able to use the property in that bypass trust to live on, and would also have the use of his or her exemption amount when he or she passed. This planning technique effectively allowed couples to combine their exemption amounts.

Late last year, Congress changed the estate tax rules. For the years 2011 and 2012, each person who dies can pass $5 million free from federal estate taxes. In addition, spouses can combine their exemption amounts without requiring a bypass trust (making the exemptions “portable” between spouses). This change in the law appears to make bypass trusts useless, at least until Congress decides to remove the portability provision from the estate tax law.

However, bypass trusts can still be valuable in many situations, such as:

(1)  Remarriage or blended families. You may be concerned that your spouse will remarry and cut the children out of the will after you are gone. Or, you may have a blended family and you may fear that your spouse will disinherit your children in favor of his or her children after you pass. A bypass trust would allow the surviving spouse to have access to the money to live on during life, while providing that everything goes to the children at the surviving spouse’s death.

(3)  Changes in the estate tax law. Estate tax laws have been in flux over the past several years. What if you did an estate plan assuming that bypass trusts were unnecessary, Congress removed the portability provision, and you neglected to update your estate plan? You could be paying thousands or even millions of dollars in taxes that you could have saved by using a bypass trust.

(4)  Protecting assets from creditors. If you leave a large inheritance outright to your spouse and children, and a creditor appears on the scene, the creditor may be able to seize all the money. Although many people think that will not happen to their family, divorces, bankruptcies, personal injury lawsuits, and hard economic times can unexpectedly result in a large monetary judgment against a family member.

Although it may appear that bypass trusts have lost their usefulness, there are still many situations in which they can be invaluable tools to help families avoid estate taxes.